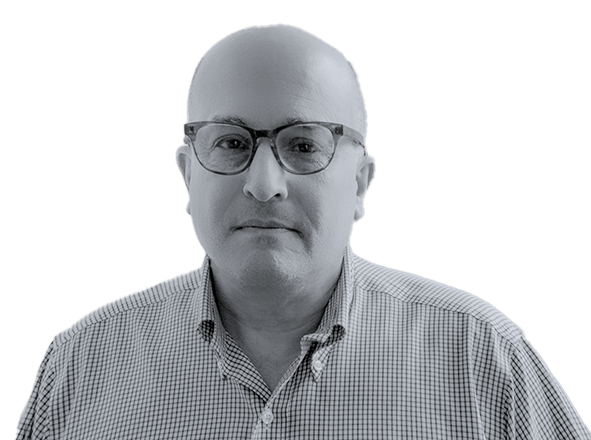 Zoom session, I can improve your skills in

CHECK MY CALENDAR
you owe it to yourself

YouTube videos are great, but nothing beats custom, one-on-one training with a seasoned graphic designer and Adobe certified expert.

Everyone claims to know Photoshop, but do you really? Learn to master layers, masks, and filters. There's a reason I love teaching this essential image editing tool.

If creating books, brochures, flyers, or newsletters is your job, InDesign is the world leader for professional publication design.

Whether it's logos, maps, or drawings, Adobe Illustrator has been the standard since 1988. I'll show you the power of this classic.

These are just some of the companies I've trained:

And as my friends say: 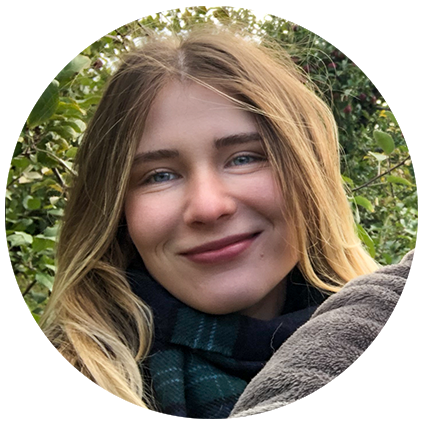 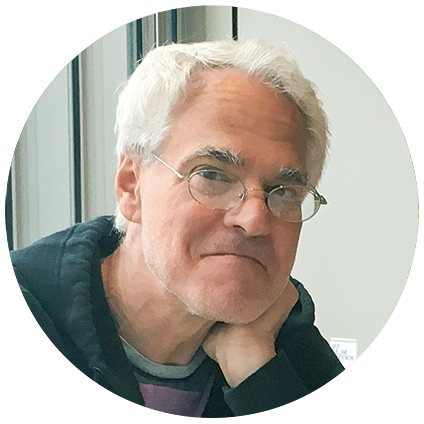 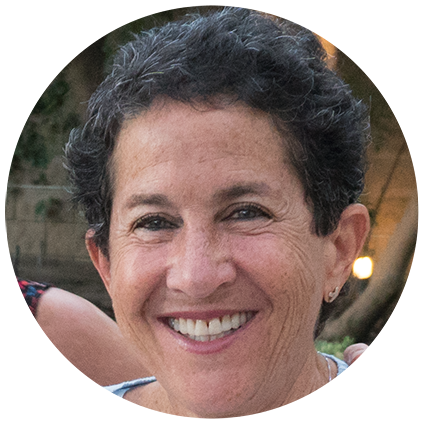 "Scott is very knowledgeable.
I learned techniques in Illustrator that I'd never seen before."
danni F., New York, NY 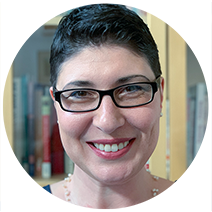 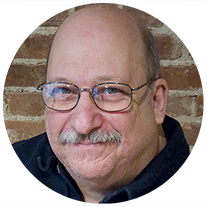 "My friends now call me for help with Photoshop. Finally, a little respect, thank you very much."
ken b., new york, ny 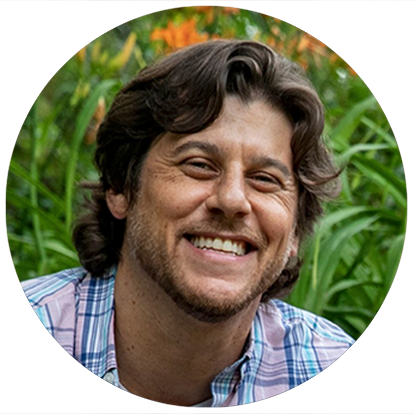 “Highly recommend Scott Citron to anyone who wants to learn from the best.”
Alex k., new york, ny 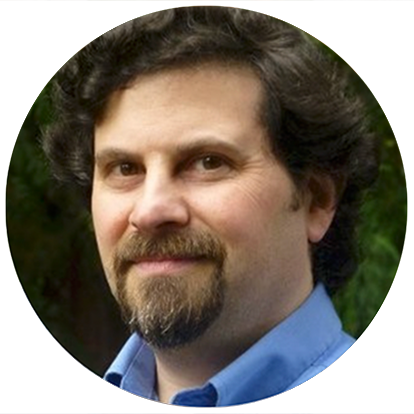 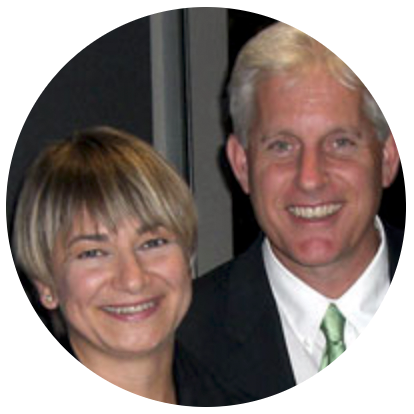 here's how I can help: 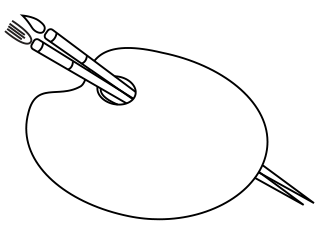 Are you Bezier-phobic? A pen tool newbie? I can teach you how to tame this often-dreaded tool. 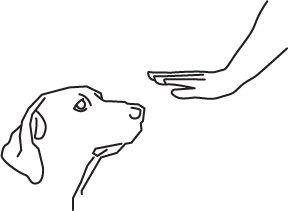 Whether it's typography, page layout, file formats, PDF, or RGB vs CMYK. You need to learn how the pros do it and do it right. 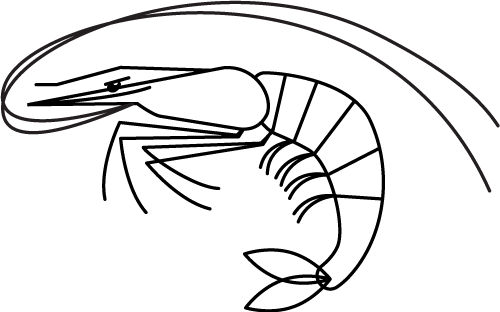 OK, maybe not. But drawing simple icons is fun and easy. When you know how.

I know these tools because I've used them daily for over 20 years.

I've been using Photoshop and Illustrator since the mid-90s. (I know. I look much younger in my picture.) When InDesign came along I was an early adopter.  As a working designer, I live by these three Adobe essentials.
#2

I make learning fun.
When it's fun you learn faster.

How do I schedule an Adobe PowerHour training session?

To schedule one or more sessions click where you see the red CHECK MY CALENDAR buttons. This takes you to my Calendly / Adobe PowerHour calendar. Here you can choose among dates and times that are currently available.

Click the blue CONFIRM button to confirm a day and time. From there Calendly displays a page where you fill in your name, email, the program you want training in (Photoshop, InDesign, or Illustrator) and skill level. If you'd like to receive a text reminder before your session there's also a field for your phone number.
How do I pay for an Adobe PowerHour training session?

Payments are securely handled online by Stripe. Once you choose your date and time you'll see a place to type in your credit card number, expiration date, security code, and zip code.

Last, there's a blue button that reads SCHEDULE EVENT. Click this button and you're done. Next you'll receive an immediate email confirmation of your session which includes a link to the Zoom location, and links to Cancel or Reschedule your session.
What if I have to reschedule or cancel an Adobe PowerHour training session?

Rescheduling and canceling is no problem provided it's done no later than 24 hours before your scheduled session. If you cancel OUTSIDE the 24 hour window you'll receive a 100% refund.

Changes or cancellations made WITHIN the 24 hour window will be billed as scheduled.
How much is an Adobe PowerHour training session?

All one-hour classes are currently offered at $100 per session. In the future I plan to offer training packages that will allow you to buy multiple classes at a reduced rate.
Are Adobe PowerHour sessions recorded?

Yes, all sessions are recorded and will be available for you to download and use for free. Please don't resell them (that wouldn't be cool, would it?), but you're welcome to share them with friends and colleagues.
What if I'm unhappy about my Adobe PowerHour training session?

Seriously, we always want you to be happy with your training. If, for any reason, you feel you'd like a refund we offer a lifetime, 100%, money-back, no-questions-asked, guarantee. Now that should make you happy, right?
Can my friend and I split our Adobe PowerHour session?

Yes, you're welcome to split your session with as many friends as you like. But be aware that the strength of one-on-one training is best when it's one-on-one. The more who participate, the less time you'll receive individually.
Can I book time for a general design consultation or review?

Yes, indeed. I'm happy to spend an hour giving you my opinion on your design or work in progress. Just book like a normal training session, but indicate in the comments section how you'd like to use your time.
Are there other programs you teach?

In addition to Photoshop, InDesign, and Illustrator, I can guide you through Adobe Acrobat, InCopy, Bridge, and Lightroom. Feel free to book sessions for any of these other programs. With my no-questions-asked, money-back guarantee, there's no risk, so give them a whirl!
Can you recommend other resources?

I'm hoping to put together a downloadable Adobe PowerHour Resource Guide. In the meantime, feel free to email me with questions. In case of emergency, there's an amazing free resource already available to anyone. It's called Google! Check it out!! 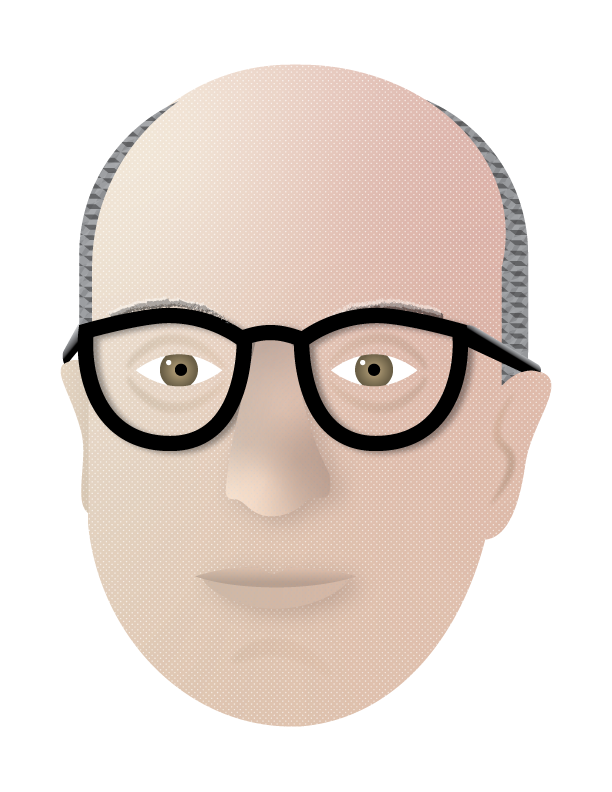 In 1994 I took my existing graphic design skills and translated them to the computer. This was the dawning of desktop publishing, and I was excited to hop on board. PageMaker and Adobe Illustrator were among the first programs I learned.

In 1999, I was introduced to InDesign, Adobe's new kid on the block. Before long I was invited to work with the InDesign marketing team to give a series of over 20 free InDesign training sessions in the New York area to designers who were curious about the so-called "Quark Killer."

The rest was history

InDesign was a massive hit. The demand for training was huge and non-stop for many years. I traveled extensively for Adobe, teaching InDesign at prestigious art schools, newspapers, magazine publishers, advertising agencies, department stores, the UN, and on and on and on.

Along the way I founded and ran the New York Chapter of the InDesign Users' Group. I also wrote and co-wrote two books for Adobe Press, co-authored a Photoshop DVD training video, contributed umpteen articles to InDesign Magazine, and became an unofficial ambassador for Adobe while still maintaining my private business, Scott Citron Design.

And here we are today

If you've ever thought of improving your skills as a designer using InDesign, Illustrator, or Photoshop, you've come to the right place. I'm confident that in one, one-hour training session I can teach you more than you've learned in years about how to leverage Adobe's top apps.

I want all my students to be happy with the training they receive. This is why I offer a no-questions-asked, non-expiring, money-back guarantee. Forever. Just let me know if you'd like a refund and I will gladly return 100% of your training fee.

Here's a quick sampling of some of my recent design work. 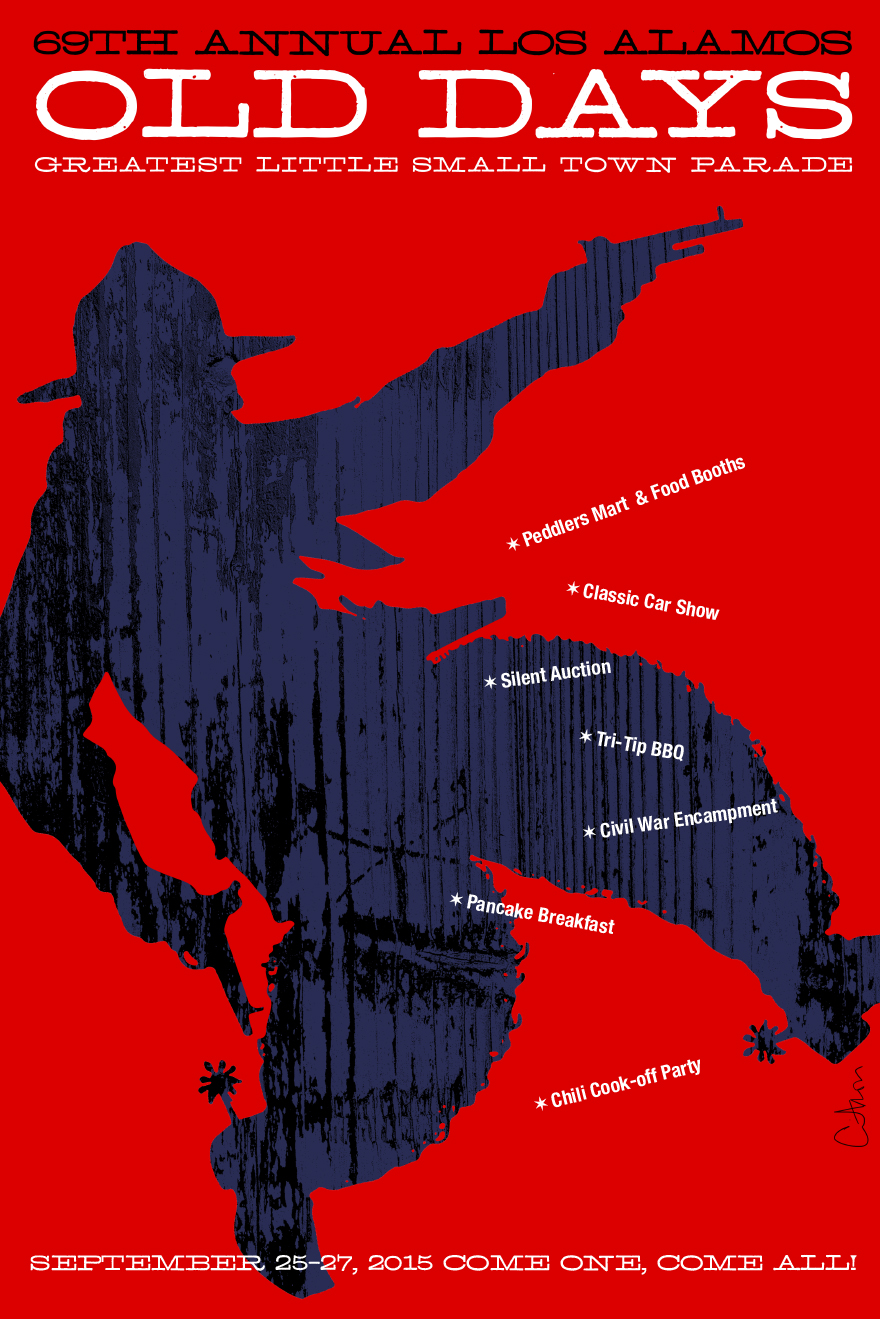 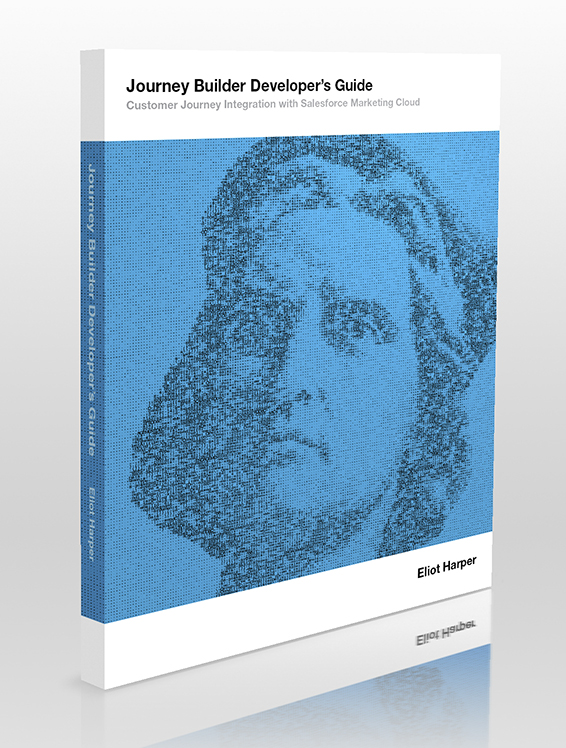 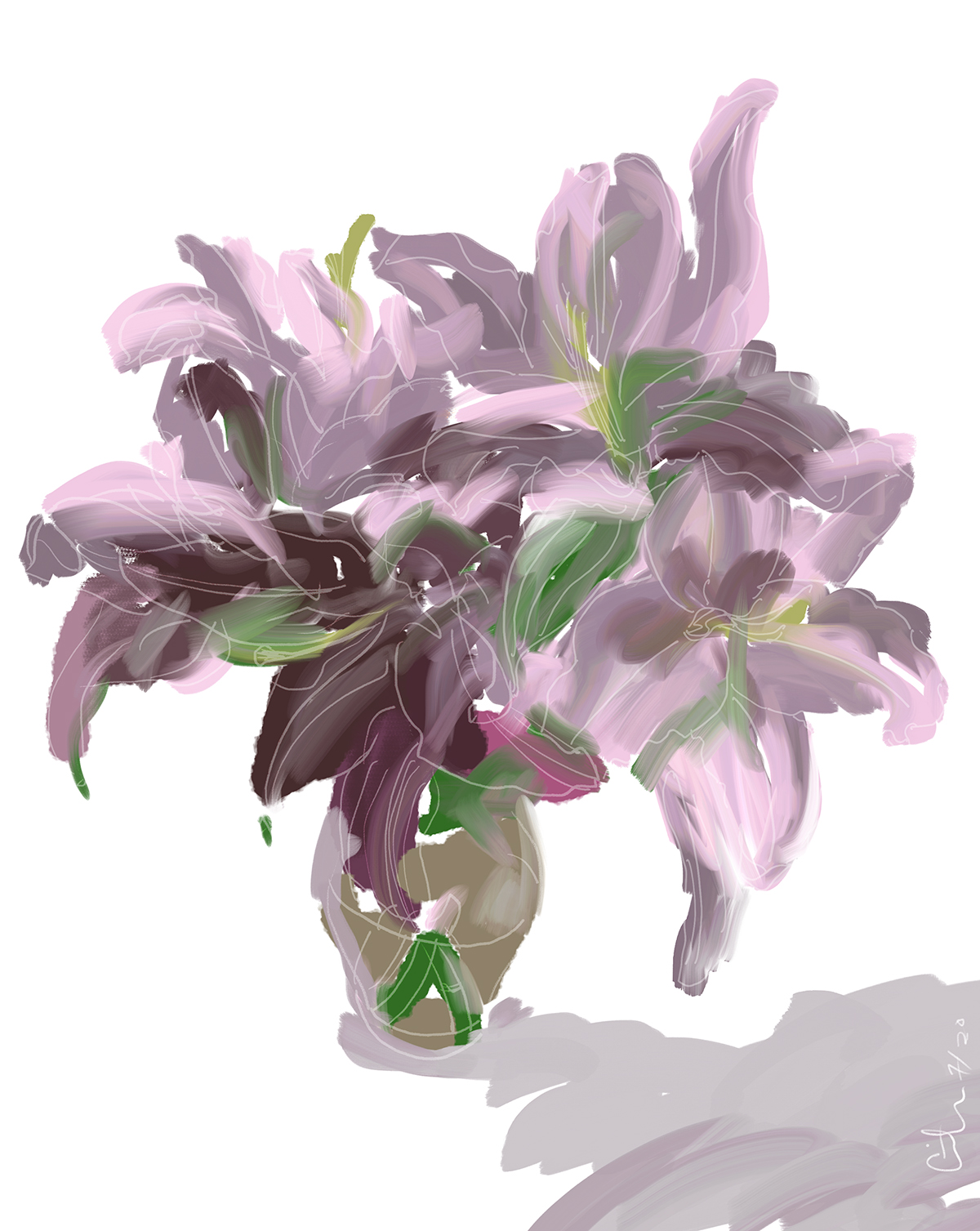 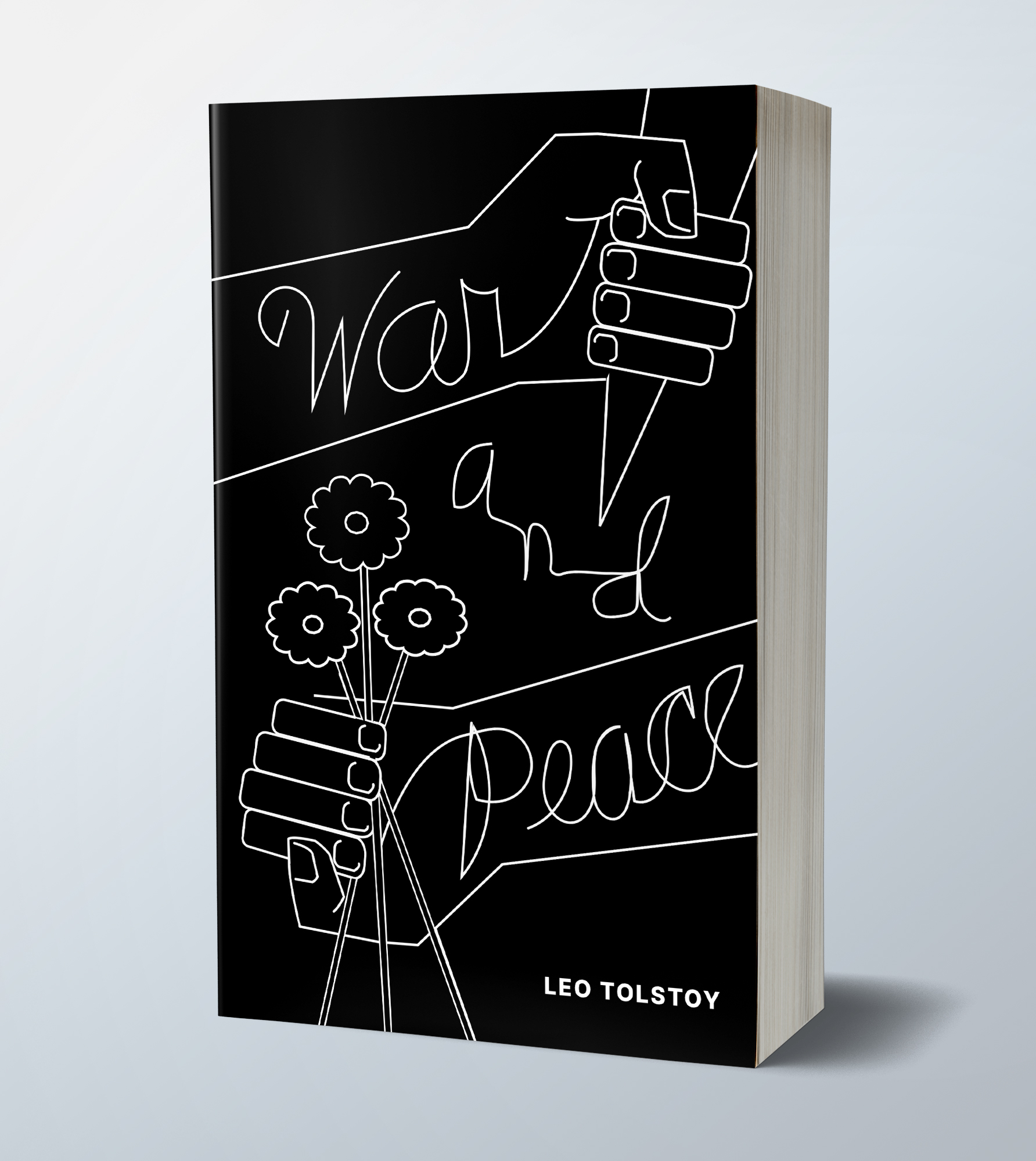 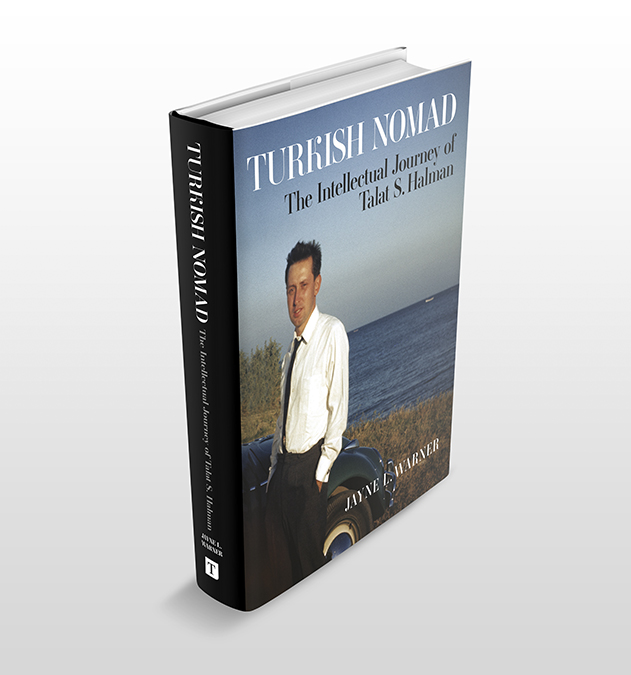 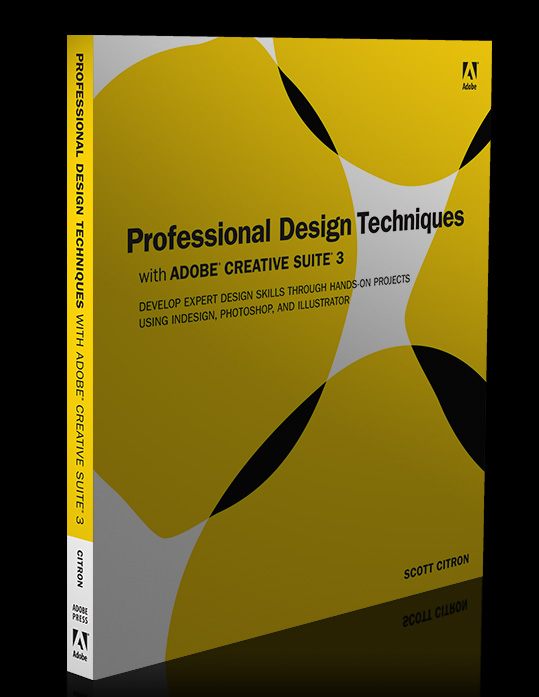 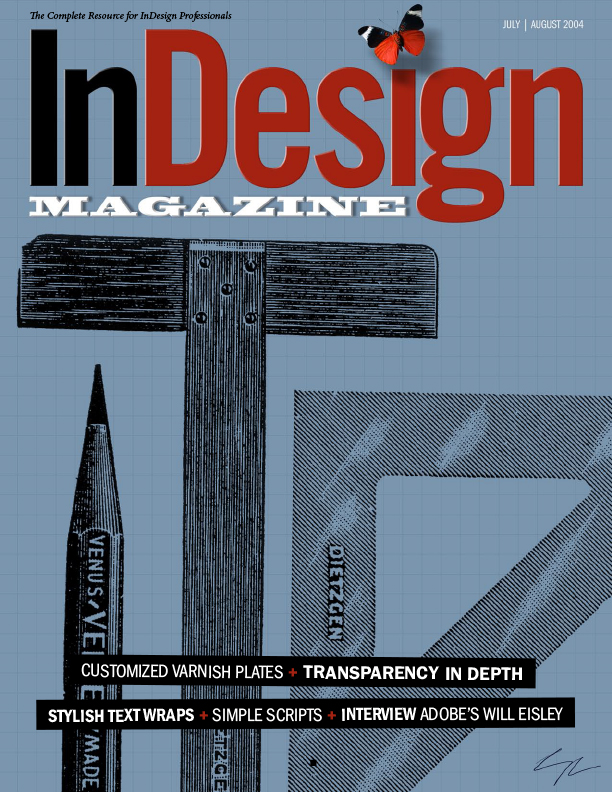 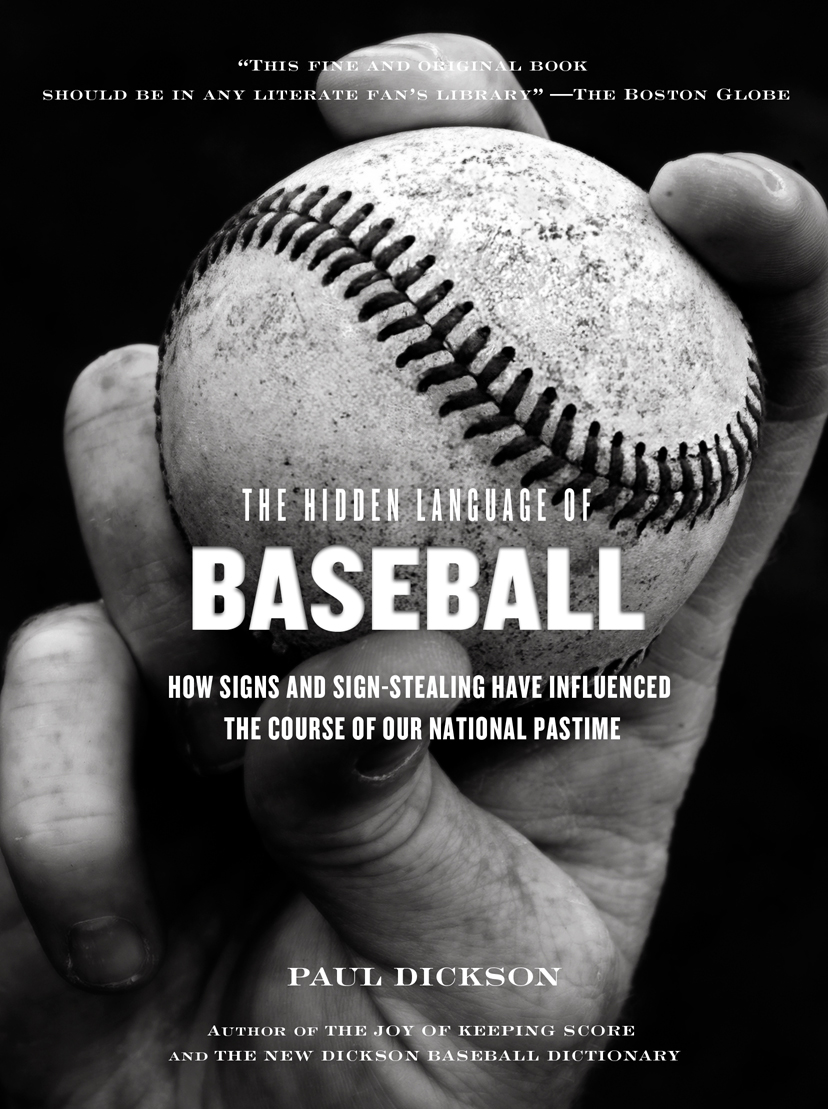 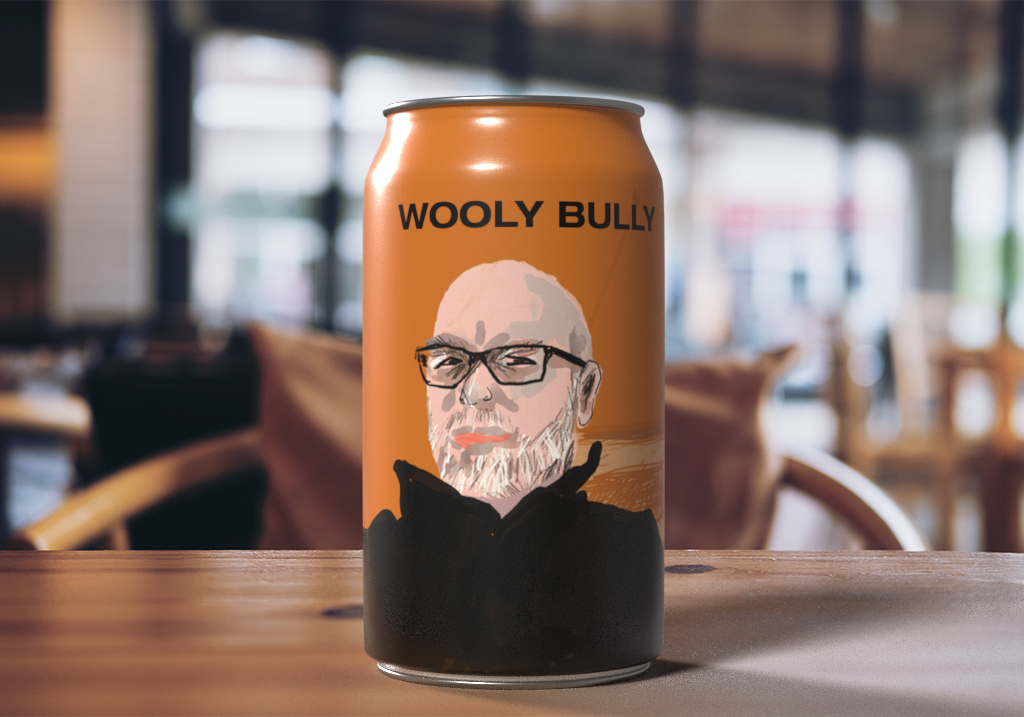 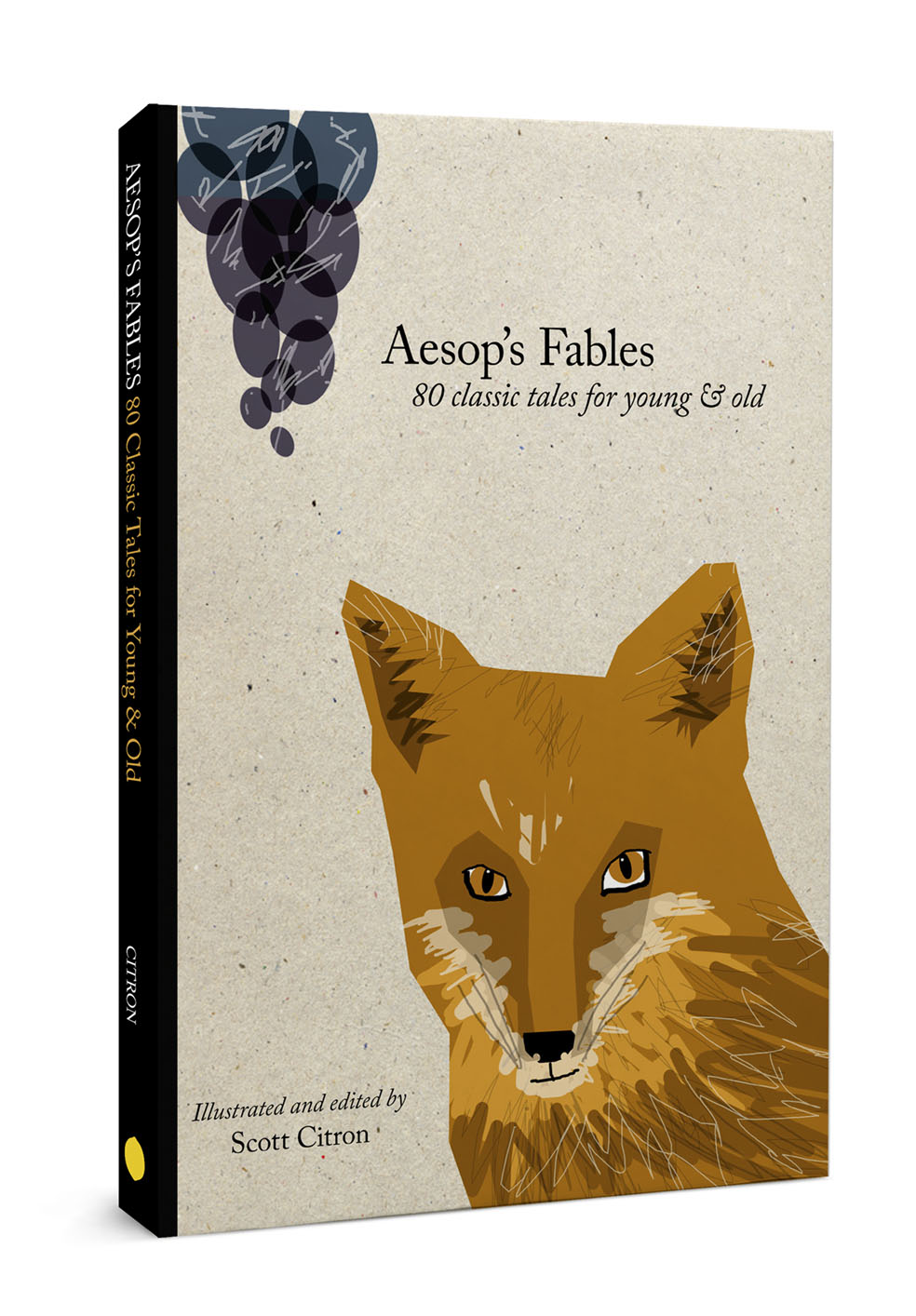 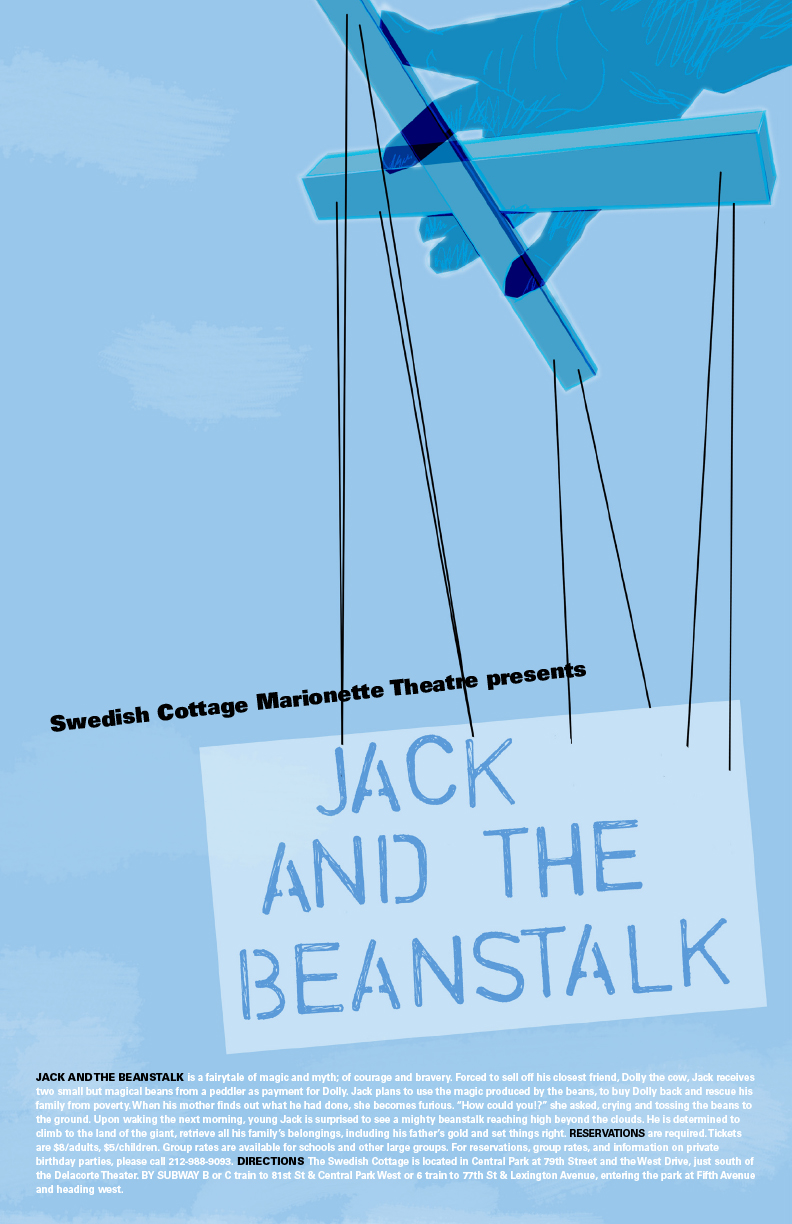 Jack and the Beanstalk poster by Scott Citron 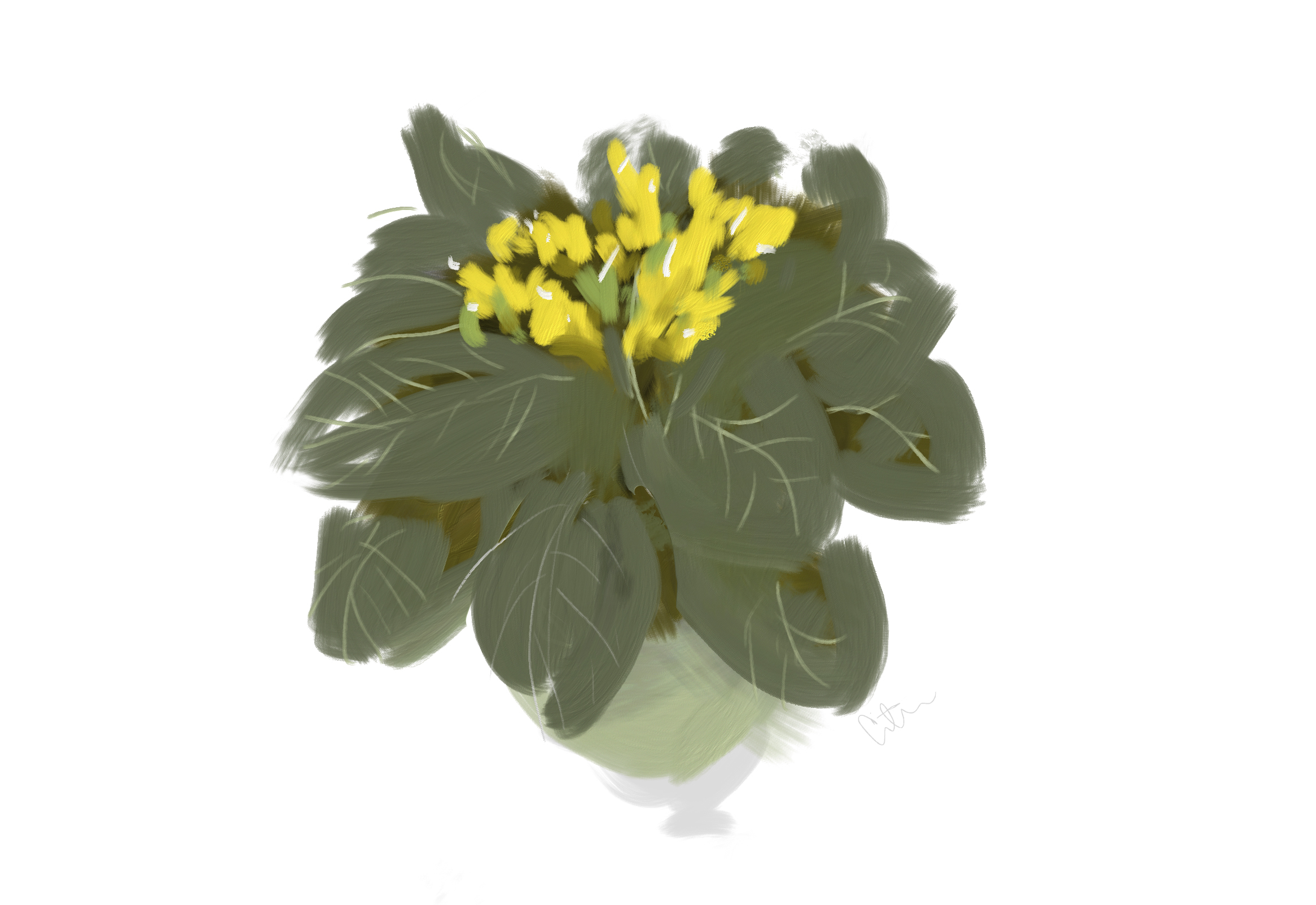 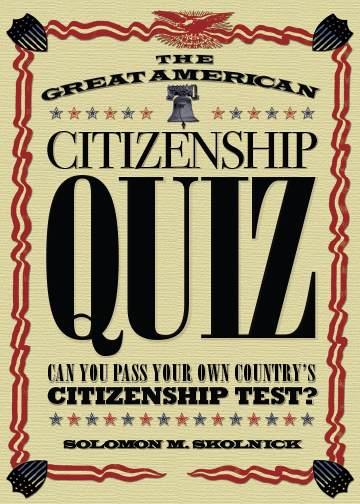 Let me tell you something about me. Got a few days? 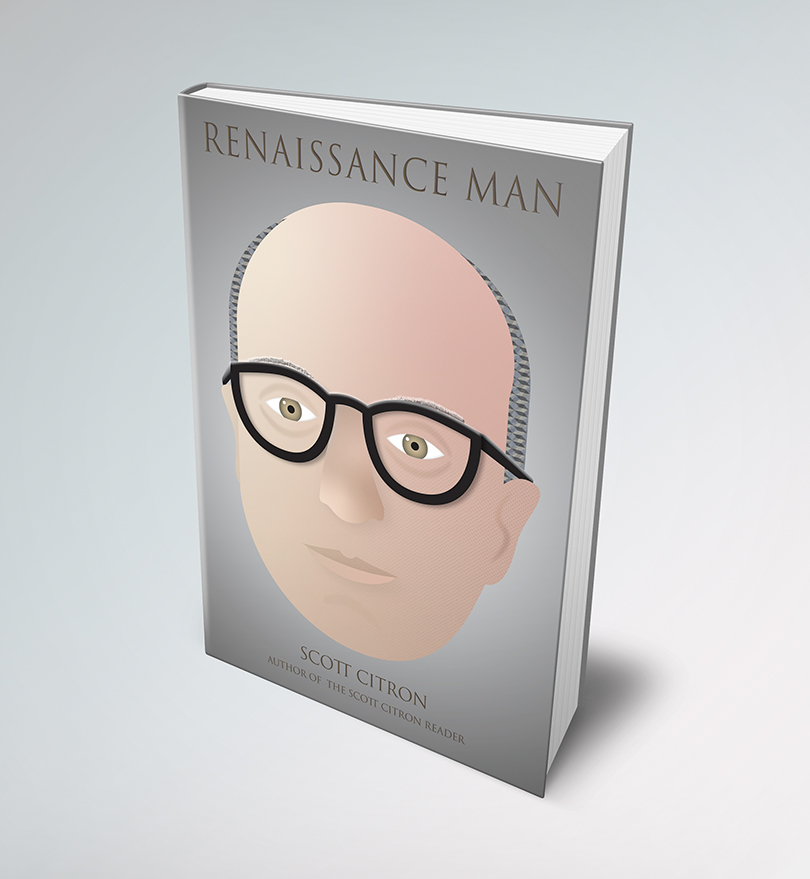 Use this form to contact me by email with any questions, comments, or random musings.

Fields marked with an asterisk (*) are required.
Thank you! Your submission has been received!
Oops! Something went wrong while submitting the form.

Copyright © 2021 Scott Citron Design • All rights reserved • Adobe PowerHour has no affiliation with and is not endorsed by Adobe Systems Inc.